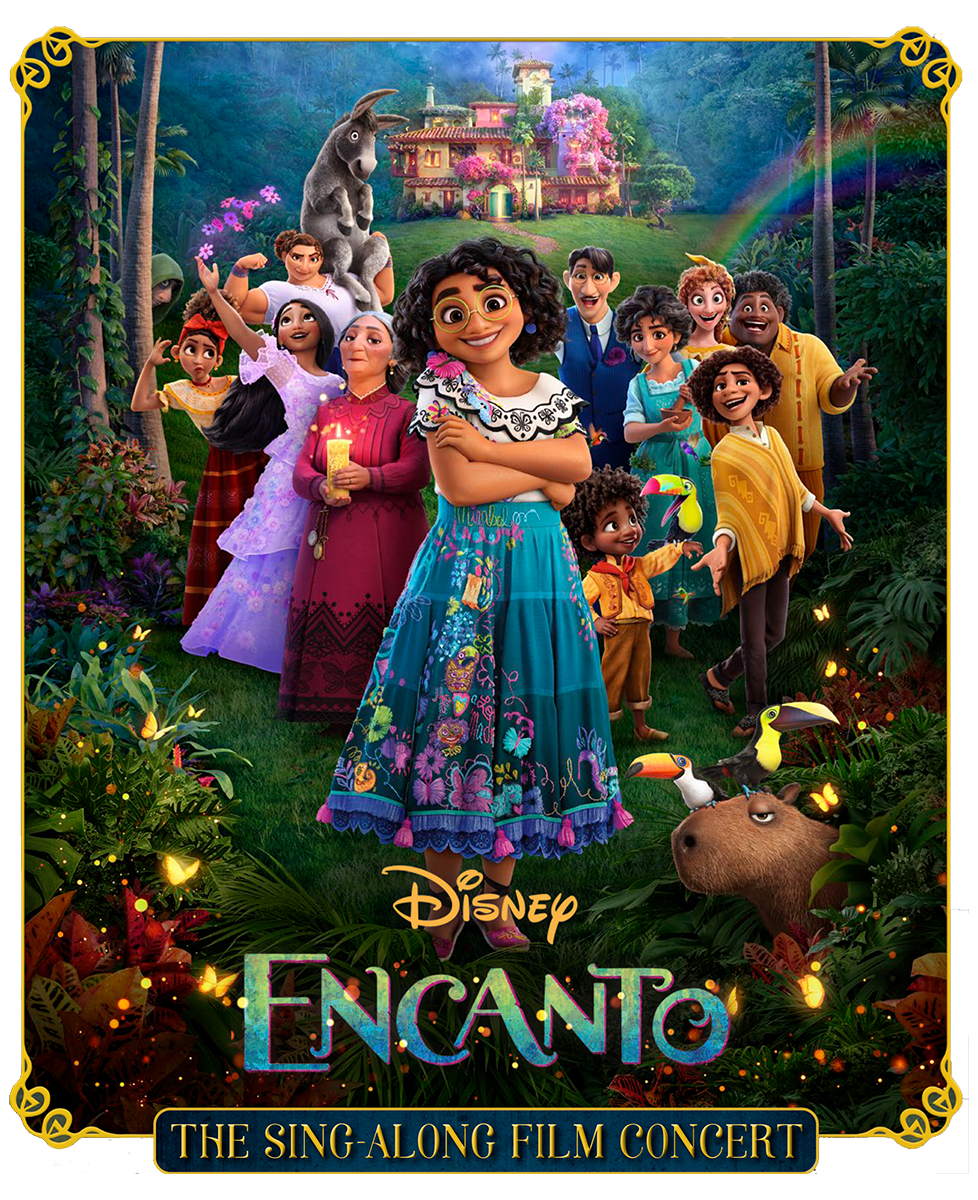 Walt Disney Animation Studios’ Academy Award®-winning film comes to life in a one-of-a-kind concert event, featuring the entire feature-length film and an on-stage band celebrating all the record-breaking hit songs from the beloved soundtrack.  The 31-city tour kicks off on Thursday, July 21 in Concord, CA, making stops across the U.S. in Phoenix, Dallas, Tampa and more before wrapping up in Chicago, IL on Saturday, August 28th.

Live characters do not appear as part of this event.

How long will the concert be?

Will there be a live orchestra on stage?

There will be a band performing live on stage, consisting of approximately 10 musicians. The band will lead the audience in performing all of the hit songs in sync with the film.

Will characters or members of the cast be appearing at the concert or for photo opportunities?

There will not be any in-person characters or in-person original cast members as any part of the event. The on-stage band will perform live for every song, and you will hear all of the original character voices that you know and love from the soundtrack in sync with the film on the big screen.

Am I supposed to sing along with the songs during the concert?

Yes, audience participation is highly encouraged, and you are 100% supposed to sing along to your favorite songs from the film. On-screen lyrics will be provided in case you need help with the words.

Is this concert suitable for children?

The entire feature film will be screened from start to finish, featuring a live band performing the music for all of the hit songs in sync with the film. Audience members of all ages are welcome to join in the fun and are encouraged to sing along throughout the concert.

If you have questions regarding food and beverages, please refer to your local venue’s specific guidelines either online or by contacting the local box office. Each venue has unique and specific protocols for events.

Can I take pictures or videos during the concert?

Non-flash photography and limited video recording are allowed during the concert. We do encourage you to live in the moment of the live experience, and please be courteous of your fellow audience members when capturing a moment in the show. Most importantly, don’t forget to tag @DisneyConcerts when you post your special memory on your socials!

I have never been to a “film concert,” is there anything else that I should know?

You should know that experiencing your favorite film as a “film concert’ is way better than watching it at home. The music comes to life on stage right before your very eyes with world-class musicians, and you get to experience all of the memorable moments from the film alongside a community of fellow fans. You should expect to laugh, sing, cheer, and maybe even shed a tear, for those extra special moments.